Want to stay up-to-date with information about our college? Looking for a way to reach out to friends you made along the way? Get involved and get connected today! 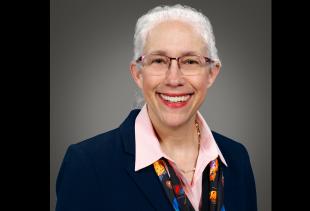 Amelie Hollier, DNP, FNP-BC, FAANP, is a nationally certified family nurse practitioner who has presented hundreds of lectures and keynote addresses throughout the United States. She earned a BSN degree from USL in 1988 in the first accelerated option class, an MSN degree in cardiovascular nursing from McNeese State University in 1995, a post-master’s certificate as a family nurse practitioner from UL in 1997, and a DNP degree from the University of Tennessee in 2007.

She is the CEO and co-owner of Advanced Practice Education Associates (APEA), a Lafayette, LA-based company that develops and provides nurse practitioner review courses, continuing education and clinical tools for NPs and NP students. In addition to being a sought after speaker and clinician, Dr. Hollier is a prolific author and editor. She has written, co-authored or edited more than 25 books and clinical resources for primary care providers, including the highly regarded guideline book Clinical Guidelines in Primary Care and CareOnPoint, a mobile reference tool. Dr. Hollier was among the nation’s first nurse practitioners to earn a Doctorate in Nursing Practice degree, and is a fellow in the American Association of Nurse Practitioners. 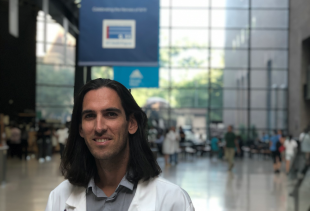 After earning his BSN degree in 2008, Josh moved to NYC to begin his nursing career. As many new nurses do, Josh began working on a medical/surgical unit, and eventually found his passion for palliative care. Josh was one of the first nurses to work on the palliative care unit at Mount Sinai Hospital, and, shortly after, became one of the first to be certified as a hospice and palliative care nurse. After a few years of bedside nursing, Josh transitioned into the role of clinical coordinator for the inpatient palliative care consult service. Recently, Josh was asked to develop a new program that embeds palliative care within the critical care team in the medical ICU for the purpose of providing services to critically ill patients.

Also, In 2014, he was named the overall winner of the Mt Sinai Boards of Trustees 33rd Annual Award for Excellence in Nursing Practice during Nurses Week ceremonies. Fifteen nurses from the Mount Sinai Hospital and Mt Sinai Queens were honored for their compassion, leadership, special abilities to teach and mentor, innovation, and devotion to excellence in patient care. 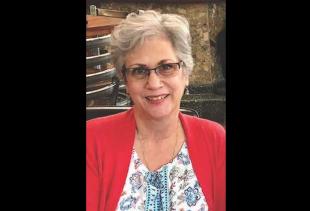 Mary attained a BSN degree from UL-Lafayette in 1976 and an MSN from SLU in 1999.
Her career centered around working with the indigent and uninsured at University Medical Center. Mary functioned as staff nurse and in various management roles before retiring in 2012 as the Nurse Administrator.  She served the community as board member for the Woman’s Foundation and Southwest LA Health Education Center ; LSNA representative on the Governor’s Medicaid Technical Advisory Board and Behavioral Health Task Force; LSU Health leadership committees focused on improving patient health; and, various community/state advisory boards.
She now serves as Co-Lead of the Louisiana Action Coalition-Region IV for the Future of Nursing: Campaign for Action Initiative. This initiative focuses on instituting measures which position Nursing to take the lead in improving healthcare, including increasing diversity in nursing by promoting nursing as a career choice for minority middle and high school students.
In 2018 she was inducted into the Louisiana Nurses Foundation Hall of Fame and honored as a recipient of the Women of Excellence Award by the Lafayette Commission on the Needs of Women.  She was recently designated as an LSNA Fellow.
Mary currently enjoys her dream role, ‘Care Coordinator/Advocate’ for family and friends in need of a navigator for their healthcare.